A matchup platform for people and startup companies. This project was initiated by Copenhagen Business School (Copenhagen School of entrepreneurship). I had worked for them as a permanent go-to-person earlier, so we naturally got in contact. We planned the project together, and started right away. After around 1 month, we had the product ready. There is still a bit of work to do on the project. 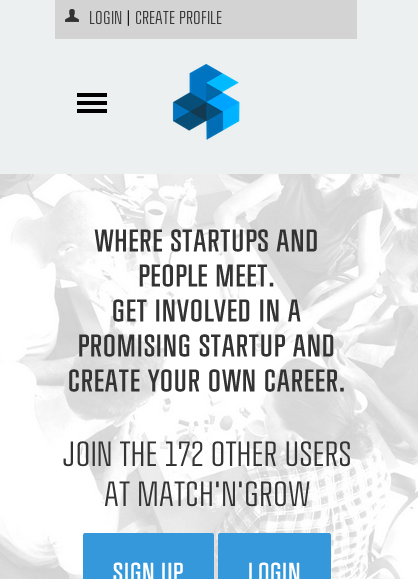 A project based on simple remote configuration with shell for UNIX/Linux systems, influenced by FSS. This project was a part of my Python learning, where i ended up getting a lot of great feedback. Most of the feedback was very positive, and i was very surprised by this, although i appreciate all of the feedback. Read further to the README.md section, to see what the project is about in details.

First of all, define your servers in the list of servers.py file, with the following format:

Then make sure you got what you need in your scripts folder of shell scripts to execute on your remote servers.

Initiate class with arguments of what shell to use and where your shell scripts are located. Here you can write whatever shell you would like to use, eg. sh, bash, zsh, csh or ksh:

Then use the run() function to run the scripts at your remote servers defined in the servers.py list.

You can call it directly from shellconf.py or run it as a module.

As a module from the Python prompt:

Use -a for configuring all servers, and -s [server-name] for one server.

This would run the shell scripts placed in ./scripts/ on the remote servers one by one.

A bit on ElasticSearch + Logstash + Kibana (The ELK stack)

Edit - i have created a script for CentOS 6.5 for complete installation: https://github.com/adionditsak/RELK.…

This is only for reference. Debian This is a copy/paste from my Gist for Debian 5+ static IP…